Just about everyone has had the experience of seeing a run-down house with boards over its windows and stark signage indicating that the property is condemned. However, not everyone has a full understanding of how houses wind up with that status and how the owners can handle such situations. 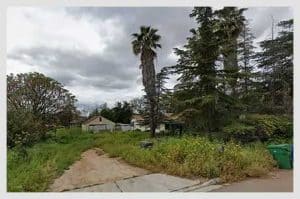 What Are Condemned Properties?

The condemnation of a property simply means that a governmental body has determined that the structure is unfit for habitation. This happens when problems on the property have become so bad that the government must prevent people from living in or using the house. If people are residing in the home at the time of condemnation, they will be forced to relocate. When required repairs and improvements are made to the home that lead to the condemnation, they will be allowed to reoccupy the house again.

Houses are subjected to condemnation procedures when they exhibit ongoing violations of the local housing code that pose a safety threat to inhabitants or those nearby. Houses that have been abandoned for a stretch of time can present genuine risks that need to be addressed by governmental authorities.

However, not every condemned house is one that has been abandoned. There are times when a homeowner begins the process of renovating a structure only for inspectors to discover serious code violations along the way. There may be a lack of proper permits for the work being done, or they may be incorrectly displayed. The repair and improvement work being done might not meet code standards or the overall conditions may be unsafe.

Additional reasons may lead to the condemnation of a particular property, with some houses receiving this designation because unsanitary living conditions have been allowed to develop. This might be the case when plumbing to the house is not in working order, or large amounts of clutter have gathered, and infestations have emerged. Condemnation can also occur when a home sustains serious structural damage or black mold is discovered.

Alternative justifications for condemnation of a piece of property may include scenarios in which a governmental body wants to expand a street or some other kind of public work project that requires space currently occupied by a private owner’s or rental property.

In such circumstances, governmental bodies have the ability to seize the property, even when no code violations or other hazardous conditions are present. The authority under which this may occur is referred to as “eminent domain,” and it requires the government to pay compensation to the property owner, paying present market value.

How Are Condemned Properties Handled?

Should your property end up condemned, the government essentially takes possession of it. Anyone occupying the property will be evicted right away, and signage will be posted prominently on-site so that anyone passing by will be on notice that nobody is permitted to live there.

The city of San Deigo may then require the property owner to make a series of repairs and improvements to get the house back to a habitable condition. Should an owner decline to do so, or if the property is simply beyond rehabilitation, it is possible that the owner will be required to pay for the home’s demolition.

It must always be kept in mind that condemned houses tend to be magnets for vandals, trespassers, and sometimes even squatters who take up residence inside. Property owners must remain on guard against these individuals because their presence can pose a serious obstacle to any efforts to get the house out of condemned status.

Is Living in a Condemned House Permissible?

The idea of residing in a condemned structure may not sound especially appealing, but many wonder whether doing so is in fact, legal. While there are different rules in different jurisdictions around the country, the general answer is that this is not legal or permitted.

Anytime a condemnation occurs, the property owner or anyone residing on-site will receive written word that they must either make the needed repairs or vacate the premises. Signage will be placed on the property that makes it clear the house has been declared unfit as a residence for people.

It is sometimes wise to winterize condemned homes to guard against the type of damage that can result when water pipes freeze due to lack of heat and electricity in a home. Local governing bodies may seek to have all power and water cut to a property, something which can cause additional harm to the home.

Even if residing in a condemned property was permissible in San Diego county, doing so can be extremely dangerous. Given the dilapidated state of many condemned homes, there is a risk of cave-ins or collapses, which would place the city in legal jeopardy. As such, defying an order to vacate a condemned property can result in costly fines or other penalties. 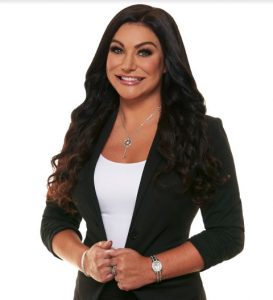 Can Condemned Houses Be Sold?

In most cases, condemned houses cannot be sold in their existing state as houses. However, it is often possible to sell the land itself, though the price commanded is likely to be lower because the buyer will have to bear the cost of demolishing the home. This poses obstacles for buyers who need a mortgage loan in order to make the purchase. It may sometimes be possible for a buyer in such scenarios to receive assistance from a hard money lender willing to facilitate the deal.

The bottom line is that anyone who owns a run-down property should seek to find a cash home buyer before condemnation occurs. At I Buy SD, our team purchases properties in any condition and is willing to provide immediate cash offers without any repairs or improvements required. Take action today if you need to sell my house fast San Diego or just to get out from under your problematic San Diego property before condemnation proceedings complicate your life further and ultimately cost you more money.